I've shifted to Tumblr for good. So, for future blogs, find me on tumblr at Musings of a Red Devils fan

Adios,
Nilesh
Posted by Unknown at 5:42 PM No comments:

Yo! Is it the sign of digital addiction or the next big thing?

By now most of you will have heard of an app called Yo. Its description on the iOS app store says it is "the simplest & most efficient communication tool in the world." Basically, it is a single tap zero character communication tool. All it does is send a 'Yo' to your friends, who use the app, by using a single tap. Now, why would you need an app like this when you could just text, whatsapp, or ping on any other messenger? Is it because we are addicted to digital media? Most likely. I mean why else would would it have about a million users? 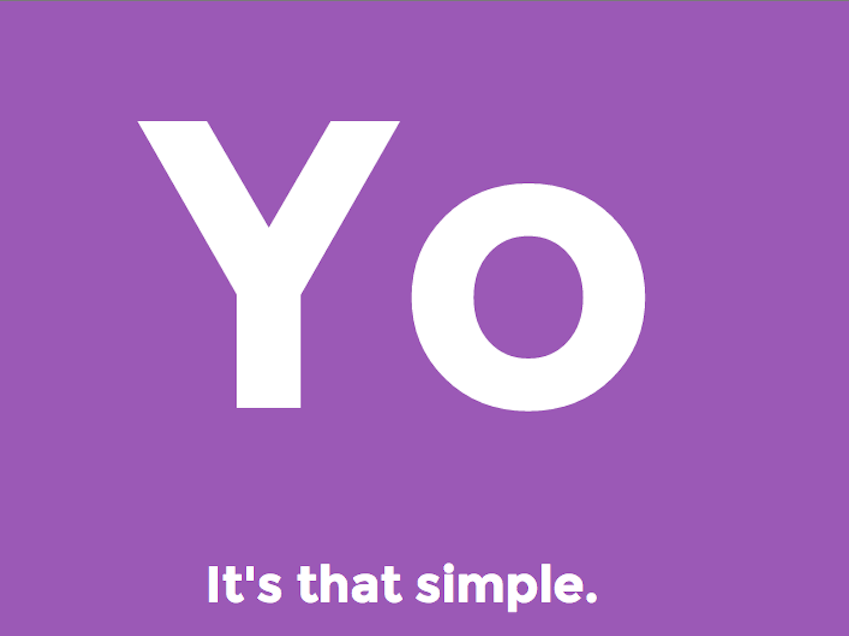 However, it also signifies another major trend. A new wave of apps is coming which focuses on minimalist, fast and direct conversation. We already have Snapchat and Slingshot which have single tap and self erasing messaging features. And as per Or Arbel, the founder of Yo, Yo for business may be on its way. A Yo can signify, “check this out” or a notification or a reminder. For example, you could get a Yo from a cab company signifying that the cab has arrived or say, a Yo signifying that the guy is waiting with your food downstairs or from an airlines to remind you that it is boarding time or from a brand to tell you to check out its latest products.
So is Yo the result of our digital addiction or is it the future of the app industry? Have your say in the comments below.
Follow me @nileshsurana for regular updates on Manchester United, sports, technology and marketing.
Posted by Unknown at 12:41 AM No comments:

Why I'm looking forward to the end of FIFA World Cup '14?

It's that time again. People will be rooting for their favorite football team and then switching to the next one when the favorite team is out of the tournament. But here I'm - perhaps one of the few - who is more eager for this tournament to end. Why?
I'm a die-hard Manchester United fan since 1997. And if you follow the Barclays Premier League even via news channels, you must be aware that my team performed miserably in 2013-14 and so we sacked the manager before the season could even end. The manager, a certain Mr. David Moyes, converted the Champions of England into a mid-table team with such effectiveness that we started losing faith faster than Chelsea loses faith in its managers every now and then. All said and done, we finished 7th which meant no European football (Champions League/Europa League) for 2014-15. Sanity prevailed and the board appointed Louis Van Gaal (LVG), the current Netherlands manager, as manager for the coming season. LVG was formerly manager of Ajax, Barcelona, AZ and Bayern Munich and so started the transfer rumors. MUFC has been linked with almost all the players in the world, especially with players from the Dutch team and the Bayern Munich team.
Coming to the point, it has been disappointing, frustrating and irritating to get up every morning and reading about a new rumor online. So, I just want this World Cup to end which would mean LVG would take charge of things and quell the rumors once and for all with real signings and reinforce the hope which has built up in each United fan since he was appointed the manager - come 2014-15, Manchester United will be back with a bang.
P.S. India anyways doesn't qualify for the World Cup nor is it going to in the near future and I do not have an adopted country to root for as much as I root for Manchester United.
Posted by Unknown at 6:41 PM No comments:

This song has jokes. Comedy is supposed to be ok. Elections are supposed to be fun. All leaders are meant to be parodied. Say Nah to seriousness, Say Nah to political hatred, Chill the f$%k out, and Say hello to Alien Chutney's new song - Say Nah.
Brilliant composition by Vir Das. Check the original video here.
Posted by Unknown at 7:35 PM No comments:

Is the Manchester Derby debacle the final nail in the coffin for David Moyes?

From Champions last season to a lowly 7th place in the table now, Manchester United are rotting from within. Manchester City did not beat United, they taught those on the pitch and on the bench, a lesson in 'how to play football'. The very fact that City did so without their star strikers Aguero and Negredo speaks volumes of our degradation under David Moyes.

Let's face it, Moyes had no plan, as has been the case through the season against the Top four. I mean why else would he station Cleverley on the right wing. If at all he wanted to play 4-3-3 with wide men, why not start with Valencia and Januzaj but alas! Januzaj was not even on the bench. Why not just stick to the winning combination from the last game against West Ham? Why start Rio against the pace and slick passing of City? There are so many tactical blunders that I have run out of patience now.

Every time I think things can't get worse, Moyes finds a way. First he declared Liverpool as favorites at Old Trafford and yesterday he went one step worse - he said 'City are playing at the sort of level we’re aspiring to'. The embarrassment of hearing a Manchester United manager say that is nonpareil. We can't continue to rot from within. The man did not have a clue after we were two goals down and continued sulking in his seat rather than barking orders from the touchline. I hope it's the final nail in his managerial coffin because the fans don't deserve to see more of this disaster.

Follow me @nileshsurana for regular updates on Manchester United, sports, technology and marketing.
Posted by Unknown at 7:49 PM No comments:

How many have been here?